Posted by Robert Pritchard on November 6, 2010 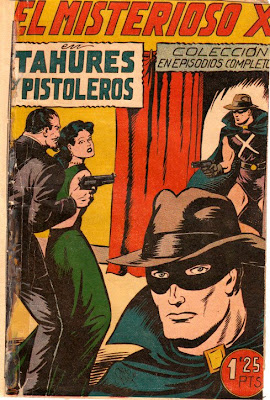 Michael Dukakis turned with the feline grace of a tightly coiled spring.  The shadowy figure on the mezzanine moved through the shadows.  The figure wore a burgundy velvet robe with green fur cuffs, a matching fez, mint-condition first-generation Air Jordans, and carried an antique Turkish musket.  Keeping the gun trained on Dukakis, he descended the wrought iron spiral staircase and stepped into the light.

“It’s good to see you again, Michael,” he said.  “And don’t bother reaching for your firearm.”

“It’s been a long time, Walter Mondale.  Or should I say—Doctor Praetorian?”  Dukakis dropped his Nambu Type 14 8mm pistol to the Persian rug.  “So it’s treachery, then, is it?”

Mondale shrugged insouciantly.  “If you want to be self-righteous about it.”

“You don’t really expect that Pepsi will hire you as its spokesperson after all this, do you?”

“Now who’s being naïve?” Mondale sneered.  “Everything that has transpired has done so according to my design.  It was I who convinced the World Controller to send you to Earth.  It was I who rigged the election that made Godzilla mayor of Tokyo and orchestrated Geraldine Ferraro’s elopement, and it was I who allowed the Alliance to know the location of the shield generator.”

“Oh, sorry, my bad,” Mondale said.  “That’s from another one of my schemes.  My life doesn’t revolve around you, you know.”

“If I die, the Bureau will avenge me.”

“If you’re counting on Jimmy Carter to save you, I’d advise you to look to your left.”

Dukakis turned and saw, hanging on the paisley wallpaper in an ornate gilt frame, a full-length oil portrait of the former President and peanut farmer in the prime of life.  “My God,” Dukakis murmured.  “You’re a monster.”

“It’s worse than you know.”  Mondale grinned wryly.  “You know, Michael, I never even completed my dissertation.”  He paused to light a cigarillo and let the import of his shocking words sink in.  “That’s right.  Doctor Praetorian has been living a lie–and I love it.”

“Maybe, but I’ve never felt more alive.  Listen, Michael, have you ever experienced frustration when cleaning hard-to-remove stains on tile, porcelain, or glass?  Because I want to tell you about a revolutionary new product that eliminates back-breaking labor with a single swipe!”

“I don’t think that’s appropriate,” Dukakis said.  “You know, making a sales pitch in this situation.”

“Fair enough–I only thought to save you from the nightmare of waxy yellow build-up.”  The hawk-nosed criminal genius stubbed out the cigarillo in an emerald-encrusted ashtray.  “Anyway, it is time that you give me the amulet.  And this time, Michael, there’s no Mothra or Mechagodzilla to save you.”

“Oh, all right,” Dukakis said, taking the amulet from his pocket.  “You win.”

Mondale took the jeweled tie clip, carved from a human femur and embellished with sinister incantations.  “You know, when you’re a failed Presidential candidate, sometimes it’s hard to believe in yourself.”  Tears welled up in his eyes as he gazed reverently upon the sacred Aztec tie clip.  “Michael, you’ve given me the greatest gift of all: self-confidence.  With this amulet’s supernatural powers, I shall soon be the absolute master of the New York art scene.”

“Glad to hear it, Walter,” Dukakis said.  “Just tell me one thing.”

“Well, what harm could it do?” said the red-haired mastermind.

“What was the topic of your dissertation?”

“It raised the chilling and very real possibility that the deaths of Gianni Versace, Dale Earnhardt Jr., Benito Mussolini, Steve Irwin, and Selena were the work of a single dedicated group of conspirators carrying out an intricate long-term plan with roots in ancient Egypt, the final implications of which have yet to unfold,” he said.  “Pretty chilling, huh?”

Mondale stubbed out his cigarillo, even though he already stubbed it out several paragraphs ago.  “No.  I can’t very well leave you running around, spreading rumors that I am actually Nancy Reagan in drag, like you did in middle school.  That was very hurtful, Michael.”  And then Mondale, standing only ten feet away, fired his musket.

There was a muzzle flash, and the bullet launched from the barrel like a little golden bee.  It shot straight toward Dukakis, and he had the sense that time was breaking down into smaller and smaller increments á la Zeno’s Paradox, and that the bullet would never reach him, nor would this story ever end!

Look for the next installment of The Adventures of Michael Dukakis™, The Fantastic Four 2: The Rise of the Silver Surfer: The Novelization, wherever fine books are sold!

2 Responses to The Pharaoh’s Revenge!