Posted by Robert Pritchard on February 15, 2011 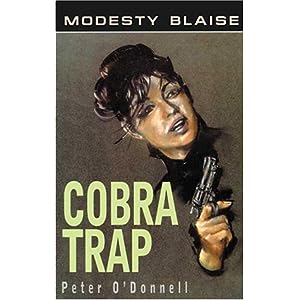 It was a warm day in Washington DC, but Glenn Beck was perfectly comfortable in a dove-gray Ermenegildo Zegna suit, Brooks Brothers shirt, and Pierre Cardin tie as he stepped into the elevator and inserted the key that gave access to the 150th floor of the Vulpine Inc. skyscraper, which afforded sweeping views of the DC metro area.  Whenever his thoughts turned to Modesty Palin, he was filled with admiration and awe.  Here was a woman who, with only the help of John McCain and Rupert Murdoch, had clawed her way to the top of an organization spanning several continents.

Beck went into the tastefully decorated inner sanctum, where Modesty Palin was negotiating with Chinese billionaires: “Oil and coal? Of course, it’s a fungible commodity and they don’t flag, you know, the molecules, where it’s going and where it’s not. But in the sense of the Congress today, they know that there are very, very hungry domestic markets that need that oil first. So, I believe that what Congress is going to do, also, is not to allow the export bans to such a degree that it’s Americans that get stuck to holding the bag without the energy source that is produced here, pumped here.”  (#1)

“You have enlightened us, Palin-san.”  The Chinese billionaires bowed.  “May herons always steam-press your pantsuits.”

After the billionaires departed, Modesty Palin turned to Beck, her eyes flashing.  “Summon my secret stealth jet that travels at Mach 9.  Our spies have learned the location of the hidden lair of the mastermind known only as The Kenyan.”

Doffing his black-framed glasses and gesticulating them for emphasis, Beck said, “The jet is prepared, Princess.  And you’ll have a sidekick on this mission: Ron Paul.”

The Black House was a forbidding, spiky black castle built high atop the sinister mountains of Maryland.  The two freedom fighters shot up grappling hooks.  Reaching the top, they quickly KO’d the guards, the fearsome New Black Panthers.  Herr Doktor Paul pumped a round into a shotgun and delivered his catchphrase: “Let’s return America to the type of monetary system envisioned by our Nation’s founders, one where the value of money is consistent because it is tied to a commodity such as gold, bitch!  (#3)

In the castle’s inner sanctum, lined with spears and shields in the Pan-African colors, hundreds of dashiki-wearing acolytes were chanting in front of a statue of Halie Selassie.

Then The Kenyan took the stage.  “Soon, we will realize our goal of destroying the Imperialist Amerikkkan Regime.  Only one thing stands in our way, namely, ‘these wonderful little pockets of what I call the real America, […] hard working, very patriotic, um, very, um, the pro-America parts of this great nation (#4).’  So far, only a few individuals who may not be book-smart but they have common sense, have divined our true plan—that health care reform will lead inevitably to a caliphate in America!  Ha ha ha!”

“Get her!” The Kenyan said to his henchmen.

Thirty second later, when Modesty Palin stood atop a mountain of the acolytes’ bodies, The Kenyan faced her, saying, “Your maverick kung fu is very powerful.  Now try my Rastifarian judo!”

They fought all over the castle.  Finally, when The Kenyan was dangling hundreds of feet above the ground from the girder of a construction crane, he begged for mercy, saying, “Spare me!  I’ll never try to reconstruct your way of life again!”

Then Modesty Palin unleashed a devastating witticism: “Buck up or stay in the truck!”

Screaming, The Kenyan fell to his death.

Back on the ground, they approached the body.  Reaching around the back of The Kenyan’s head, Modesty Palin removed a small gray box with an antenna.  It had been wired directly into The Kenyan’s brain.  “Just as I suspected,” she said.  “The Kenyan was only the puppet of another, even more sinister mastermind.  You betcha!” 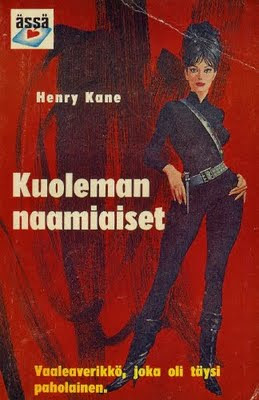 Coming Next Ish: Who is behind The Kenyan?  Is it the Communists?  The Nazis?  The Judeo-Commu-Nazis?  And are they in fact the employers of the unknown assassin who ritualistically murdered Christine O’Donnell and Sharon Angle in his quest for the lost Aztec amulet referred to in the Codex Mendoza only as “the Eye of the Lamestream Media”?  And why does the possibility there’s a traitor in Modesty Palin’s organization excite her so much?