Posted by Robert Pritchard on September 16, 2012 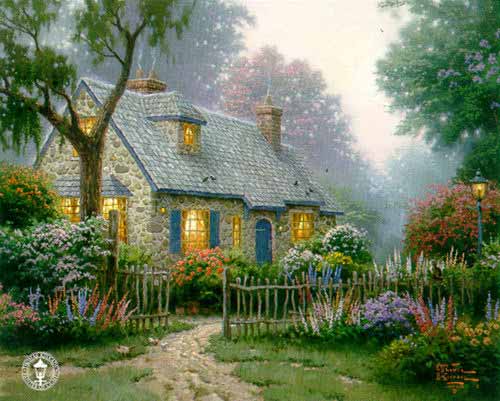 The Mystery of the Locked Room Murder

Inspector Ford tried the knob.  It didn’t budge.  The heavy wooden door was locked from the inside.

“Lord Bromley always takes breakfast at half nine, sir,” the butler, Remington, pontificated.  “When he didn’t respond, that’s when we called the constabulary.”

Inspector Ford knelt and looked through the keyhole.  He could just make out the motionless form of Lord Bromley under the bearskin on the four-poster bed.  “And you say there’s no other way in or out?”

“No sir.  The window is much too high for any ladder and the chimney flue, well, it would be impossible for any man to shimmy through that, sir.”

“Any man, eh?” Inspector Ford mused.  “Well, now I’m sure of it.  You have murdered your master for his money.”

Just then the door opened.  A large man stood in the opening, rubbing his eyes.

“Harump!” coughed Bromley gruffly.  “And why shouldn’t I be alive, eh?  Though I must say, I feel like the dickens.  Took one too many Ambiens last night, what?”

The Case of the Borrowed Sweater

Standing in line at the taffy counter, Chad spots his roommate and best friend Tad across the fairground.  The distance is too great to call to him, but what’s that?  Unless Chad is very much mistaken, that’s Chad’s favorite sweater that Tad is wearing!

“And I don’t recall giving him permission to wear it,” Chad says to himself.  “Or him asking.  Of course I would have let him borrow the sweater if he’d asked, but to take it without asking isn’t very nice.  I’m just going to have to talk to him about it when I get back to the apartment.”

Chad stewed on the subject all the way home.  “I’m going to get to the bottom of this,” he said.  When he arrived, Tad was already home, wearing the sweater.

“Now Tad, look here,” Chad said, “but isn’t that my sweater you’re wearing?  Because I don’t recall you asking to borrow it.”

“But Chad,” said Tad, “I wouldn’t do that.  Actually I liked your sweater so much I went out and bought one of my own just like it.  Your sweater is still in your dresser drawer.”

And indeed it was and from that day on Chad and Tad often wore the identical sweaters when they went rollerblading.

Early in the morning, dawn broke across the verdant meadows of the estate.  The sky was blue, spotted with white clouds.  The grass was green and lush.  Nestled among the gentle hills lay a pond with ducks.  A narrow dirt road wound through the lawns until it arrived at the manor house.  The house was grand but not ostentatious.  Constructed originally in the 17th century, it had been altered and expanded several times, most recently in the 19th century, but owners since then had restricted themselves to conservatorship, so that everything remained in good taste, while partaking of modern conveniences.

Now the sun is at the zenith, and it’s warm but not too hot.  A gentle wind picks up, but not to the point of being blustery.  Some people come and go, chatting pleasantly.

Now the sun has almost set.  Lights go on inside the manor.  A group is gathered around a large wooden table, eating a scrumptious meal, and drinking wine and laughing and talking.  Eventually they finish and retire to the many separate bedrooms and sleep peacefully.

A More Perfect Day for Bananafish

It’s exactly the same as the Salinger story except he doesn’t commit suicide at the end.